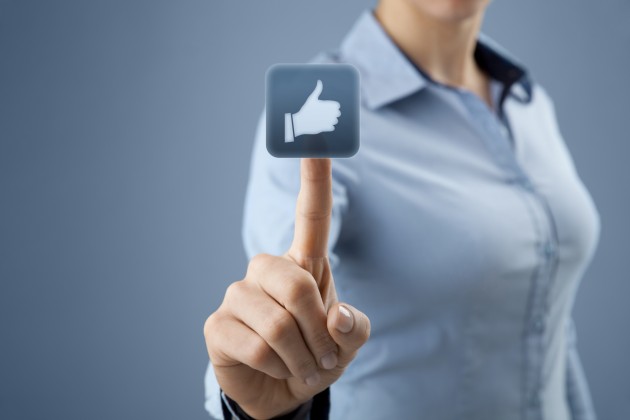 ‘Facebook at Work’ – is it the next LinkedIn? Facebook CEO Mark Zuckerberg would like it to be. For now, it’s the latest effort to diversify the product offering of one of the most successful companies on the planet.

Beyond the Consumer Market

Facebook dominates the social media space and now boasts a formidable user base of well over a billion people. People peruse Facebook to gab with their friends, share content they like, and connect with family and acquaintances. They aren’t on Facebook for the business side of life. Most of the time, in fact, they are trying to distract themselves from the demands of work.

Now, Zuckerberg has a new B2B vision for the company. Facebook at Work won’t replace the traditional social platform, but it will borrow some of its interactive features and repackage them for business purposes.

Employees would be able to chat with each other in real-time, connect with their professional contacts, and collaboratively edit documents. Will they be able to “Like” document edits or project updates? It’s too soon to tell.

Perhaps not surprisingly, Facebook, Inc. has long used its own social platform to run its business operations.

“Everyone at Facebook uses Facebook for work,” a former Facebook employee told TechCrunch earlier this year. FB workers use Messages to communicate with one another and Facebook Groups to collaborate on team projects. Some consider it a fast and efficient way to conduct internal business.

Taking stock of their own model of employee collaboration, Zuckerberg seems to have concluded that, if it works for his people, why couldn’t it work for any business? There are several reasons.

Facebook has already widely infiltrated workplaces, albeit as an illicit diversion for bored workers. A huge number of businesses have banned Facebook from the office due to its incitement of an epidemic of employee distraction and frivolity. It won’t be easy to convince owners that social media is now good for business.

Additionally, Facebook has earned itself a reputation as the most notorious collector of user data on the World Wide Web. While consumers are prone to posting private information on the network with little regard for the consequences, few businesses will want to expose their proprietary communications to external data harvesters in such a casual fashion.

Although Facebook at Work will likely be marketed with privacy and security features, it’s not clear how many organizations will actually trust the company to stay out of their business. Moreover, who would own the data?

On the bright side, Facebook at Work promises to be insanely user-friendly, not least because practically everyone is already familiar with the classic FB interface. That could make training a breeze.

The greatest elephant in the room, however, is the question of monetization. In the consumer market, Facebook’s business modus operandi is to offer a free social media service to users, and then let advertisers pay to display their wares to those users. Because users provide abundant information about themselves and their lifestyles, advertisers can use this treasure trove of data to target their audience at a granular level.

But how would Facebook at Work make its money?

At least initially, the platform will be released as a free service to encourage businesses to sign up, but what happens after that, nobody knows. Would bosses be willing to accept distracting advertisements targeting their employees on-the-job as the true cost of the program? Who wants a tool that promises greater efficiency, only to distract users from the task at hand?

Facebook is easily one of the most frequented websites in the world. It offers blue-chip stock to its shareholders, and aims to keep it that way. Whether you think Facebook at Work is a viable invention or a product just waiting to fall flat on its face, there’s no doubt that its release at the beginning of next year will generate big buzz, so stay tuned.